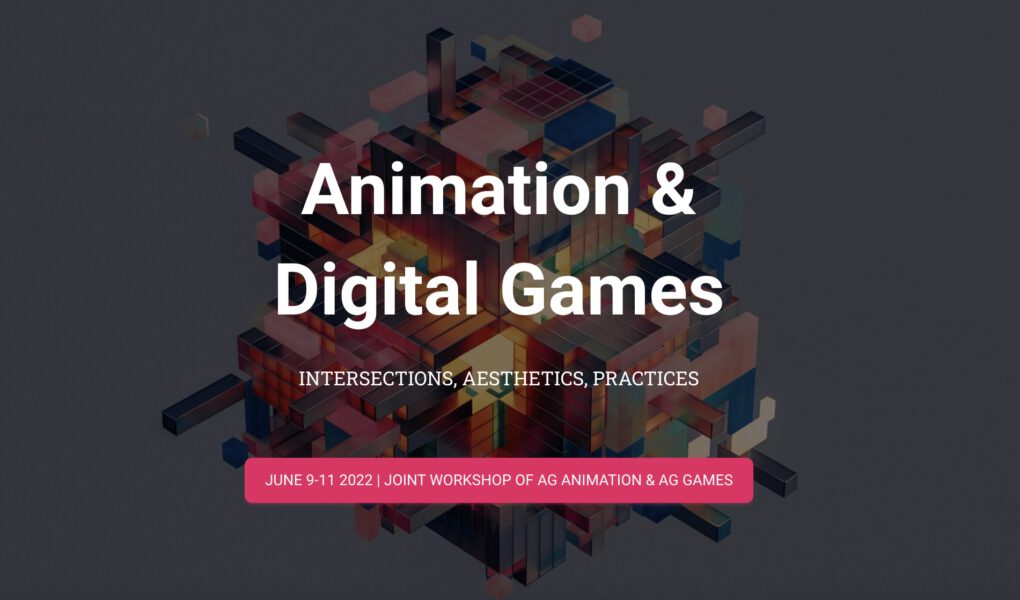 Videogames are impossible without animation. Animated moving images build the technological foundation of contemporary gaming and constitute its visual and aesthetic characteristics. At the same time, the interactivity of games implies a special kind of animation: Compared to animated films and cartoons, for example, the fundamental difference is that videogame images are not only moving images, but also movable images. Hence, the animated image becomes an animatable image: The video game wants not only to be looked at, but primarily to be played, and thus to be ‘brought to life’ – animated in a literal way. It constitutes itself in an (inter)action in which its visual texture changes as a result of a player’s—or shall we say: animator’s—input.

This points to a more fundamental interdependence of animation and gaming that has gone largely unnoticed in academic discourse so far. Animation is often associated with a specific playfulness, especially regarding its historical, pre-filmic emergence from ‘optical toys’ (like the thaumatrope or phenakistiscope), or in its relationship to fantasy, puppetry, children’s entertainment, and visual experimentation. The idea of animism—of bringing things to life through movement—also points to an essential principle of many forms of gaming and playing, e.g. when we think of board game tokens, toy figures, or avatars. Thus, the playfulness of animation and the animatedness of play seem to be inextricably intertwined. When it comes to digital gaming, this interdependence becomes even more relevant as it turns into a technological condition. The digitally animated image, as a calculated moving screen image, allows for ‘real-time’ manipulation—and thus enables moving images to play with.

To explore the intersections of animation and gaming therefore means to focus on three aspects: First, on the level of production and technology, games are primarily designed by game artists and animators, employing certain techniques to achieve distinctive effects and provide certain functions. Second, on the level of aesthetics and visuality, game animations are also perceived as sensual, often intermedially stylized artifacts, borrowing from movies, cartoons, photography, toys, and their own unique visual history. Third, on the level of processuality, performativity, and reception, animated game images develop their full effect in the actual playing experience, meaning we should also pay close attention to how we engage with animations directly. We must ‘read’ and perform the animations in order to progress through the gamespace—even when we manipulate the game image in unintended ways, such as in the exploit of glitches or other meta-gaming practices. This establishes a relationship of reciprocity between animation and games: As the game animates us, we animate the game (Greenberg 2021).

Building on these assumptions, our joint workshop ANIMATION & DIGITAL GAMES. INTERSECTIONS, AESTHETICS, PRACTICES (organized and hosted by the AG Animation and the AG Games within the Gesellschaft für Medienwissenschaft [GfM]) aims to explore material, practical, systematical, and theoretical overlaps between animation and games with the goal to foster academic exchange between Animation Studies and Game Studies. Its main interest lies in providing theoretical common grounds to link both research fields: e.g., by focusing on the notion of movement; the relations between and transformations of virtual environments and subjects through interactive, playable animation; or historical and philosophical accounts which consider the manifold intersections between animation and play in broader societal and cultural domains (e.g., biology, religion, mythology, ritual, etc.).

We therefore invite interdisciplinary contributions that deal with specific case studies and/or provide theoretical and historical approaches. Next to academic papers, we also welcome alternative formats or contributions by practitioners in the field of animation or game production.

Topics of papers could include, but are not limited to: